Welcome to the RUW Centre for General Studies. We are looking forward to working with you over the next year to ensure your success.

Dr. Humam Elagha earned his Ph.D. degree in Management Information Systems in 2011 from the University of Banking and Financial Sciences in the Kingdom of Jordan. He received his Master’s and Bachelor’s degree in Computer Engineering from Eastern Mediterranean University in the Turkish Republic of Northern Cyprus in 2002 and 2000 respectively. With more than fifteen years of academic experience in the field of Information Technology in teaching and research, the majority of Dr. Elagha’s experience has taken place at many universities in the United Arab Emirates (UAE), Palestine, and Turkish Republic of Northern Cyprus (TRNC). Dr. Elagha has joined the Royal University for Women in August 2012 as Assistant Professor in the College of Information Technology and as Assistant Professor in the Centre for General Studies since September 2017. Dr. Elagha's current research interests lie in the areas of Information Systems Management and IT Governance. He is an active researcher and has published more than 15 publications in international journals and conferences. Despite his busy career in higher education, Dr. Elagha makes time to be involved with professional associations and community organizations such as Information Systems Audit and Control Association (ISACA) and IT Governance Institute (ITG).

A native of Bahrain, Dr. Shaheen graduated from the Faculty of Arabic Language at Al-Azhar University in Cairo in 1979. Dr. Shaheen went on to serve at the Ministry of Education as a teacher of Arabic Language at the Secondary level. After ten years of teaching he joined the Department of Curriculum Development of Arabic Language and worked there for seven years where he trained and supervised more than 60 teachers. In 1992, he joined the Department of Special Education in Bahrain. He was later made responsible for the recruitment of teachers in private educational institutions and directed the Arabic language instruction in private schools. In 2002, Dr. Shaheen was promoted as the Head of the Educational Research Development Centre. He received his PhD in 2008 in Educational Citizenship.

Parsa Zoqaqi is the Director of Quality Assurance & Accreditation Unit at Royal University for Women (RUW). He has a graduate degree in English Translation from Azad University and a Post Graduate degree in TESOL from University of Southern Queensland. Parsa is currently the head of the KPI architecture team and is involved in the monitoring of the RUW performance through a Balanced Scorecard System. He also chaired the Strategic Planning Committee developing the university’s Strategic Plan.

In the realm of education, Parsa has over 20 years of teaching experience, teaching English, Leadership, and Communication Skills, and has designed and implemented a variety of curricula at Higher Education institutions.   He also has extensive teacher training experience running workshops on course design, classroom management, KPI development, and leadership. Moreover, he has held various educational management positions in major institutions in the region. Parsa joined RUW in 2005. 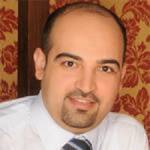 Mr. Sami Mohamed Dagash received his BSc degree in Computer Science from Al Zaytoonah University in Jordan and obtained his Master's degree in Computer Science from the University of Science (USM) Penang, Malaysia. From 2008-2011, Mr. Sami worked as a Lecturer in Computer Science at the University College of Bahrain where he coordinated the Internship-practicum programme and taught many IT courses. He has a particular interest in Object-Oriented Programming, Web Design, and Visual Programming. Prior to taking up his academic positions he worked alongside IT Project Managers as a Business Development Manager in a specialized IT Company located in Kuwait. Mr. Sami joined the College of Information Technology at the Royal University for Women in September, 2011.

Amy is a graduate from West Virginia University, USA and has a Bachelor’s degree in International Studies and a Master’s degree in World Languages, Literatures, and Linguistics.

During her time as an undergraduate, she served as a TA in the Intensive English Program and the Arabic Studies Program where she co-taught English, American Culture, Study Skills, and Arabic language and literature courses. Amy was also engaged in several student organizations. She served as president of the Arabic Studies Club, and was an active member of the Muslim Student Association, Saudi Student Association, and Student Advocates Group.

After completing her first degree in 2015, she was offered a fully-funded Arabic Teaching Assistantship to pursue her graduate studies in the Department of World Languages, Literatures, and Linguistics at WVU. She completed her graduate studies in 2017 and was awarded the “Outstanding GTA Award” upon graduating. This award is given to one Graduate Teaching Assistant in the college per year for distinguished performance in graduate courses, as well as in teaching. 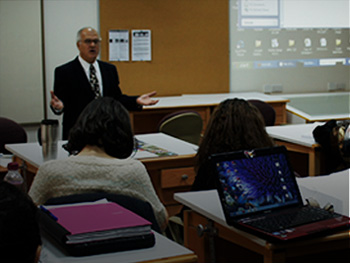 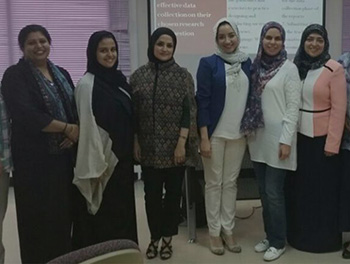 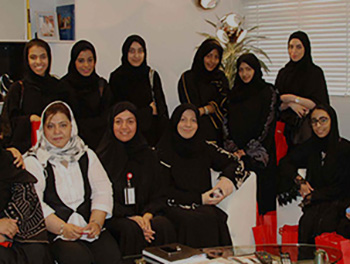 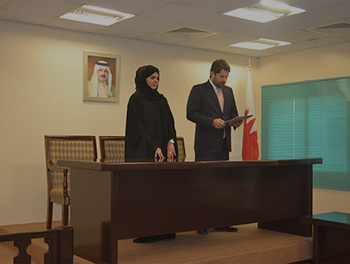 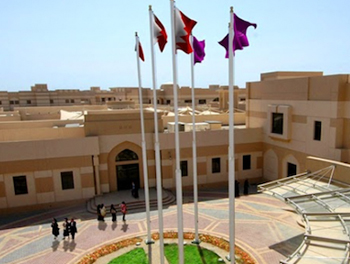